The Marshmallow Mountain is starting to take shape again. 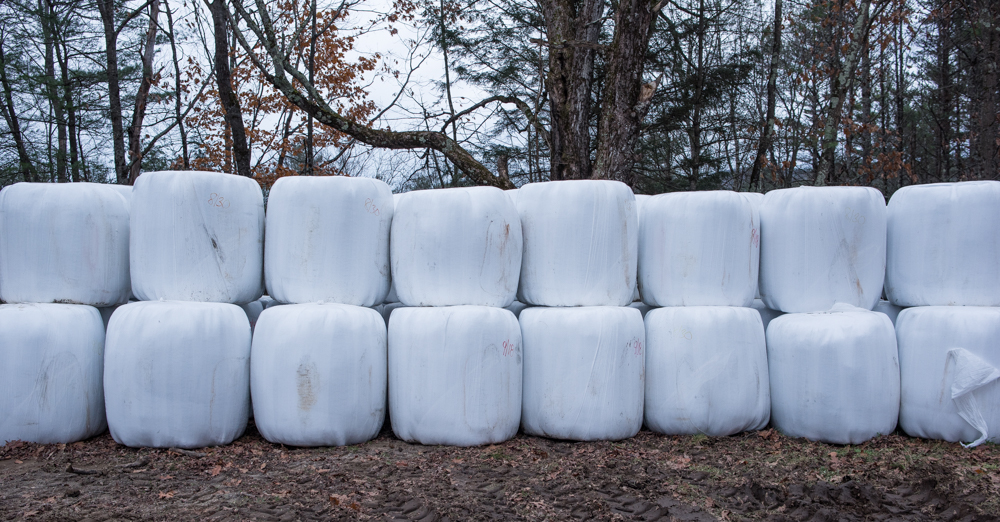 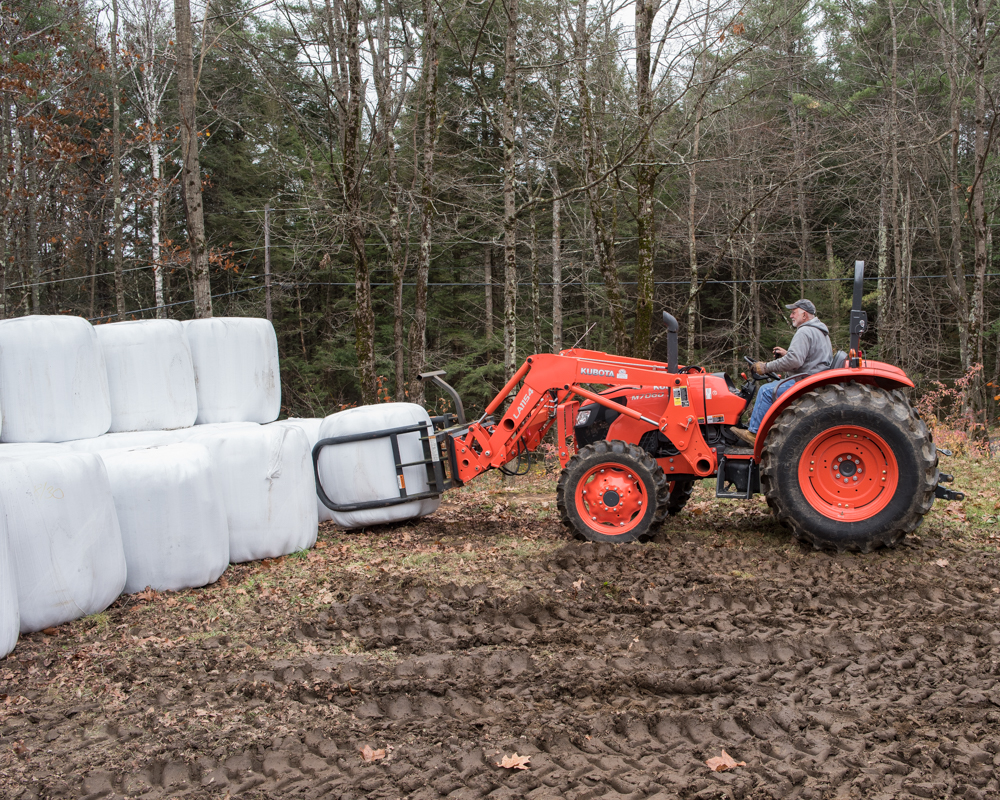 By the end of the day, he’d brought 50 of the 125 bales that I’ll need this winter.  He’ll take the morning off tomorrow, the first day of deer season,* and then continue the deliveries until the end of the week.  Next week he’ll bring the 175 small square bales of dry hay that I’ll feed to the rams.

My annual hay purchase is the defining economic moment of my farming year.  If you ignore my labor (the original sin of farming businesses, second only to ignoring capital costs) the sheep and lambs are almost free during the grazing season — a bit of gasoline and diesel, some deworming medication, perhaps some antibiotics, and shearing, the only triple digit expense.  But at $50 per marshmallow and $6.25 for the small square bales, winter feed costs quickly add up to a nontrivial expense.  I’ll need to sell something like 24½ lambs to break even, assuming that I don’t carry the lambs over a winter, which adds further to the baleage costs.

Bill’s current model of shepherding avoids this math entirely:  He buys recently-weaned lambs from a breeder, grazes them through the summer and fall, and sells them for meat before the grass is all gone.  He doesn’t buy hay, but he pays real money for the lambs, and he counts on the quality of his summer grazing to fatten the lambs enough to make a profit.  His cash outlay comes in June, and he sells meat in November and December, while I buy hay in the fall of one year and earn money on the lambs 12-18 months later.  I haven’t worked the numbers to get a real sense of which model is (theoretically) more profitable, but there are risks either way. Bill’s model is subject to the quality and availability of feeder lambs at a reasonable price.  I have more control of the genetic makeup and availability of my lambs, but am exposed to all the bad things that can happen in the life cycle of a flock.

* Technically the first day of rifle season for adults.  Kids, bow-hunters, and users of primitive firearms have been out stalking their quarry for some time now.