The day didn’t start well.  Bravo was acting a little funny — less committed to his breakfast than usual — and as I was walking up to check on the sheep, he ran past me and started digging in the snow.  He explained the funniness a moment later when he pulled out a lamb’s leg. 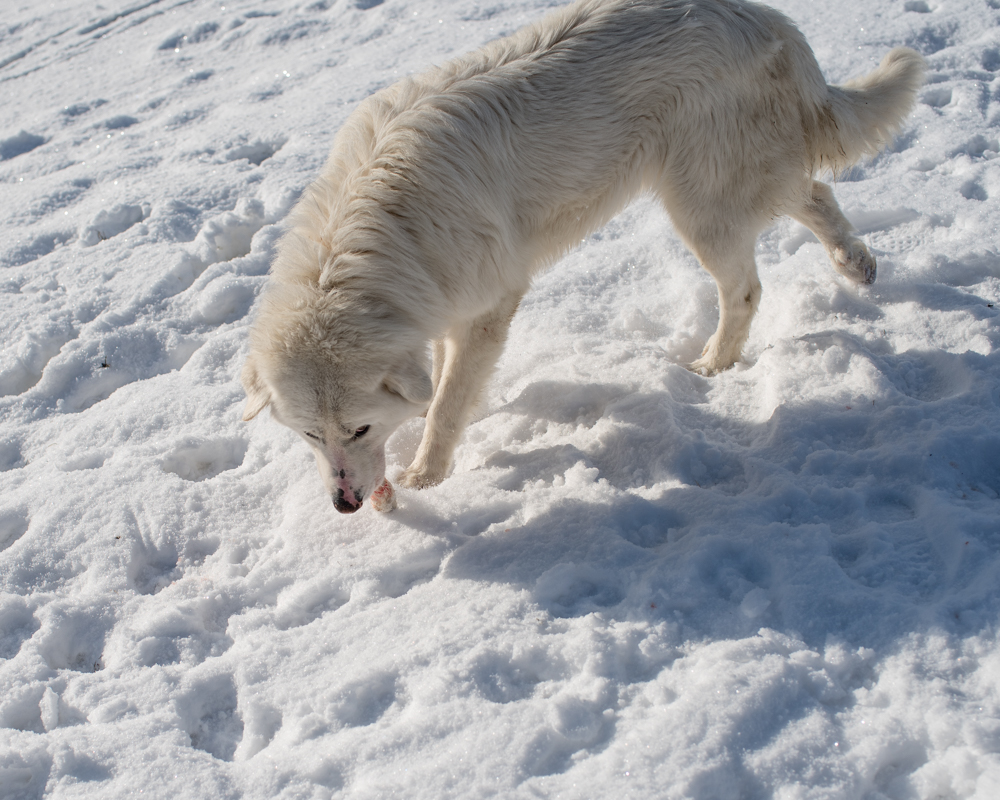 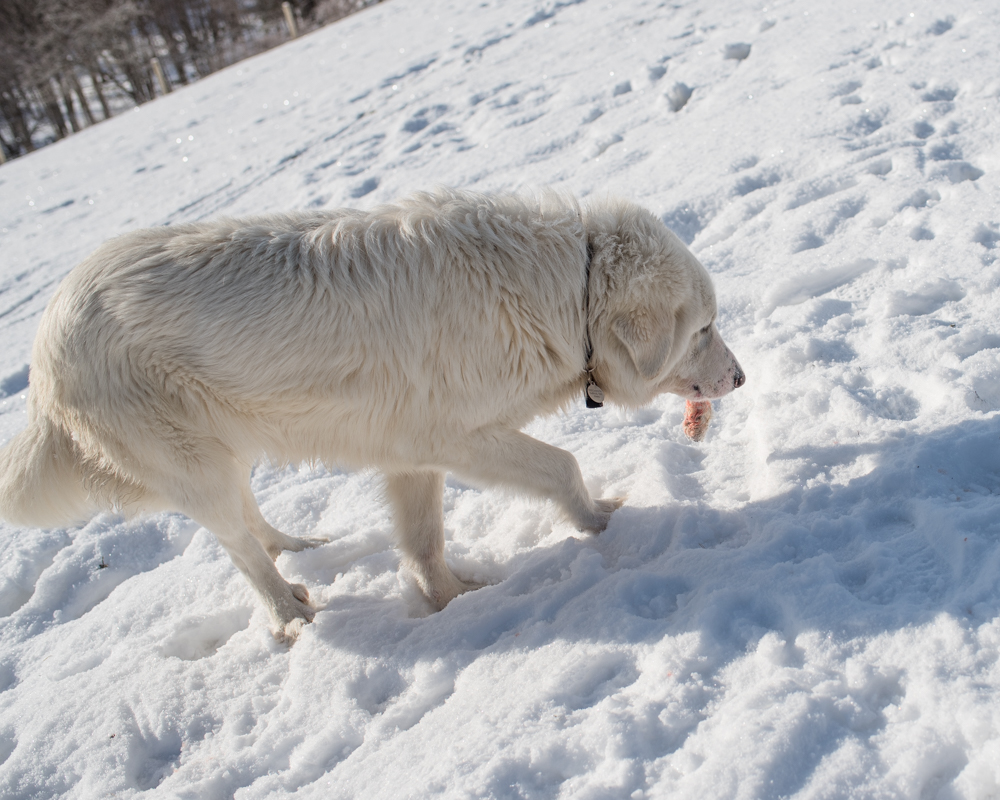 I immediately suspected that I had gotten it wrong with #127, and sure enough, she had just given birth. 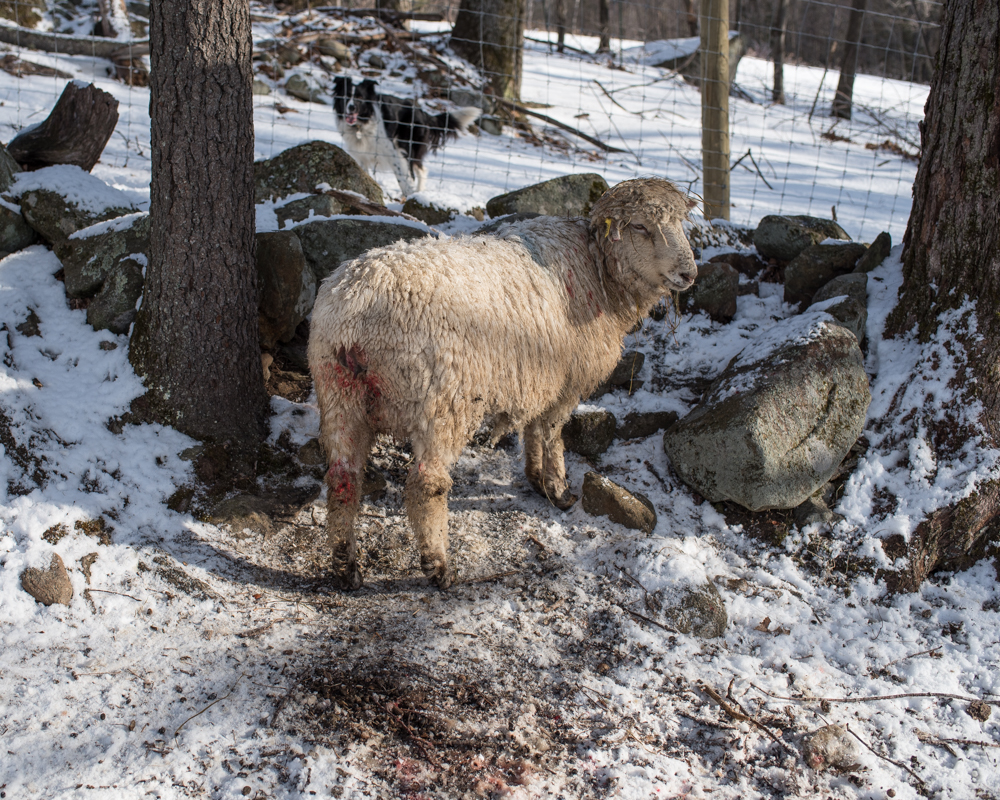 I think I missed the birth by an hour or less, as she delivered the placenta while I was in the pasture. 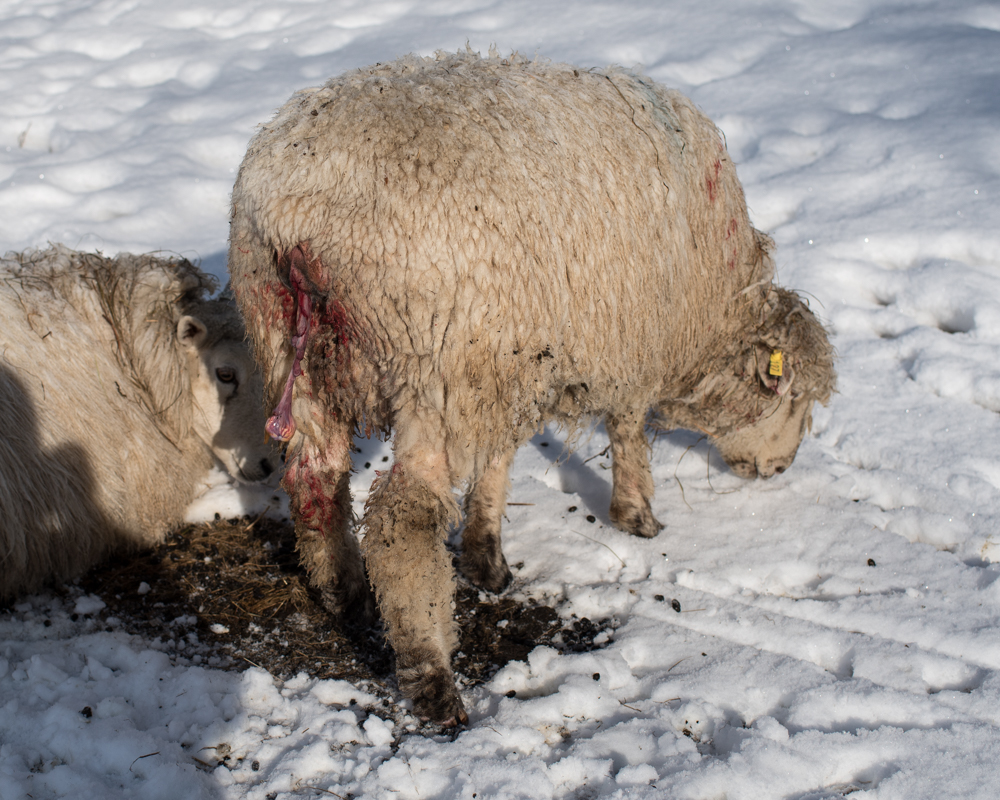 Later in the afternoon, I found more of the lamb, and as before, Bravo challenged me for it. 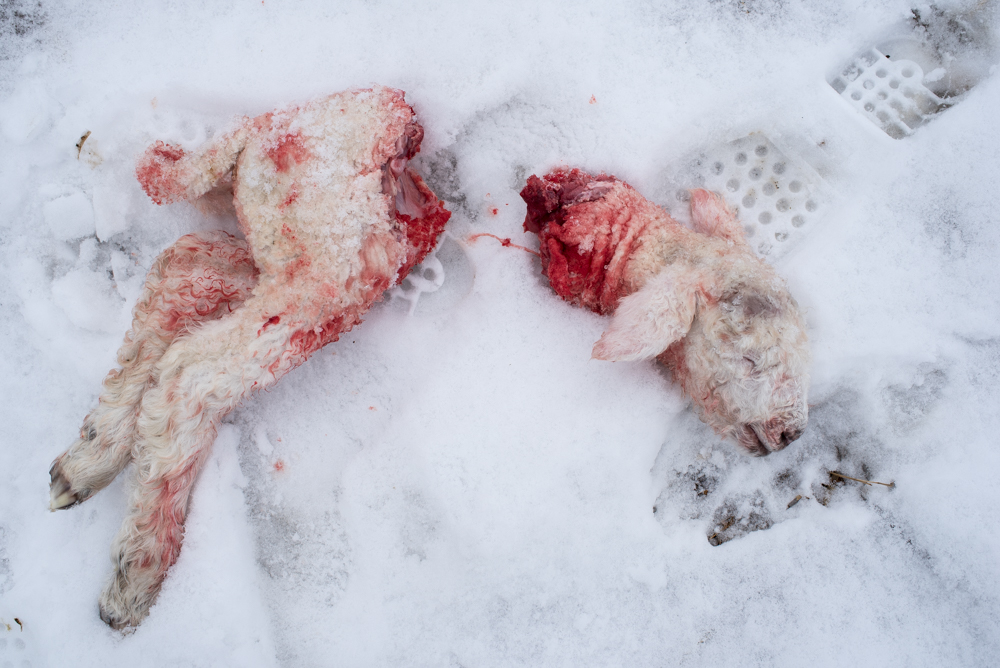 It’s profoundly frustrating to have lost a second lamb this way, so I’ve spent much of the day trying to understand where I went wrong.  Ewe #127 had been in the barn with the other winter lambers since I thought she had come to the farm bred and was simply running a little behind the others.  When my veterinarian came to the farm to do ultrasound pregnancy checks, she was the first ewe he tested; his conclusion was that she was pregnant, but only a couple months along, probably due in mid May.  Based on this information, I moved her back out to the field with the rest of the ewes who were due to lamb in the spring.

Clearly this was a bad decision on my part, driven by bad information from the vet, and abetted by my desire to conserve my dwindling supply of dry hay for the barn sheep and to relieve some of the space constraints in the barn.  The core problem is that I didn’t have a reliable due date for #127; this problem should go away if I’m even remotely observant during breeding season this fall.  The more troubling conclusion is that I should probably trust my vet a little less.  Like every new farmer, I’m a bit in over my head, so having bedrock facts that I can trust, i.e. the declarations of my veterinarian, is very comforting when everything else feels somewhat nebulous.  In this case, I had a fleeting thought a couple of days ago that #127’s vulva was looking pretty swollen (a sign of impending labor), but I dismissed it since I knew she wasn’t due until May.  I guess it comes down to Bill Fosher’s advice that animal observation is a shepherd’s most important job, and the things I see with my own eyes have to trump all other facts.